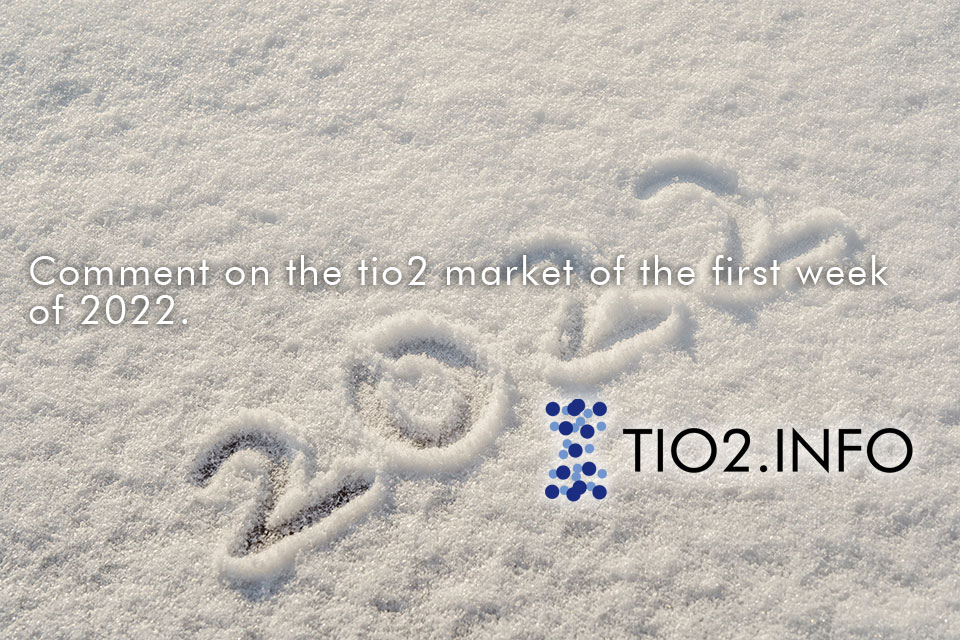 With the former announced price increased taken into effect from 1st Jan.2022.
The whole market was in highly concern over the market. The most frequently asked question was that has the price increase actually came into been.
Yes, it was done.
Moreover, last week, GDPR also announced 1000CNY/MT increase. Up to now, the ex-factory price of China’s rutile titanium dioxide including tax is 18,700-22,500 CNY/MT(FOB 3,000USD/MT- 3550USD/MT), and the ex-factory price of anatase titanium dioxide is 17,500-20,000 CNY/MT(FOB 2,800USD/MT- 3,200USD/MT). This week, some manufacturers resumed production, and some manufacturers plan to overhaul. The overall supply of titanium dioxide is stable. According to data from Toodudu.com, China’s titanium dioxide production in 2021 total about 3,813,500 tons, an increase of 8.24% year-on-year. Production increased by about 290,500 tons. At present, manufacturers have more orders in hand, the downstream market demand has not increased significantly, and the demand remains weak, and manufacturers mainly deliver pre-orders. Recently, individual manufacturers have determined the new execution price in January, and the manufacturer’s quotation has been slightly raised compared with the previous period. The overall market is in a wait-and-see mood, waiting for the price news of LB. According to market news and rumors, the price may rise slightly.

Is it the last radiance of the setting sun? LB followed the increase trend.