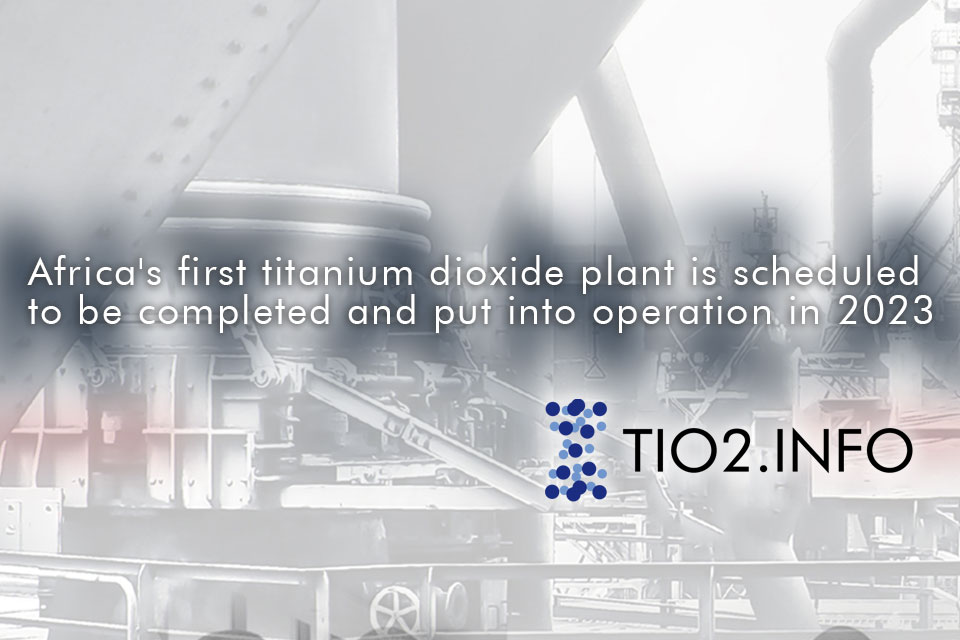 A few days ago, South Africa Nyanza Light Metal Mining Company announced that it will invest 4.5 billion rand (about 280M USD) to build Africa’s first titanium beneficiation plant and produce titanium dioxide. It is expected to be completed in 2023 with a production capacity of 80,000 tons/year.
The construction site of the project is located in the Richards Bay Industrial Zone in KwaZulu-Natal Province. The first phase is a technical service center and a pilot plant worth 200 million rand, and the second phase is the main factory. In addition to the 80,000 tons of titanium dioxide per year, other titanium-based materials will be produced from titanium slag.
South Africa imports up to 35,000 tons of titanium dioxide each year, while the data for the entire Africa exceeds 150,000 tons. In order to build the titanium dioxide project, Nyanza hired Intertek, a well-known testing and certification company earlier, to make the first titanium dioxide project in Africa famous, thereby transforming South Africa from direct export of ore to deep processing of mineral products.

Is it the last radiance of the setting sun? LB followed the increase trend.