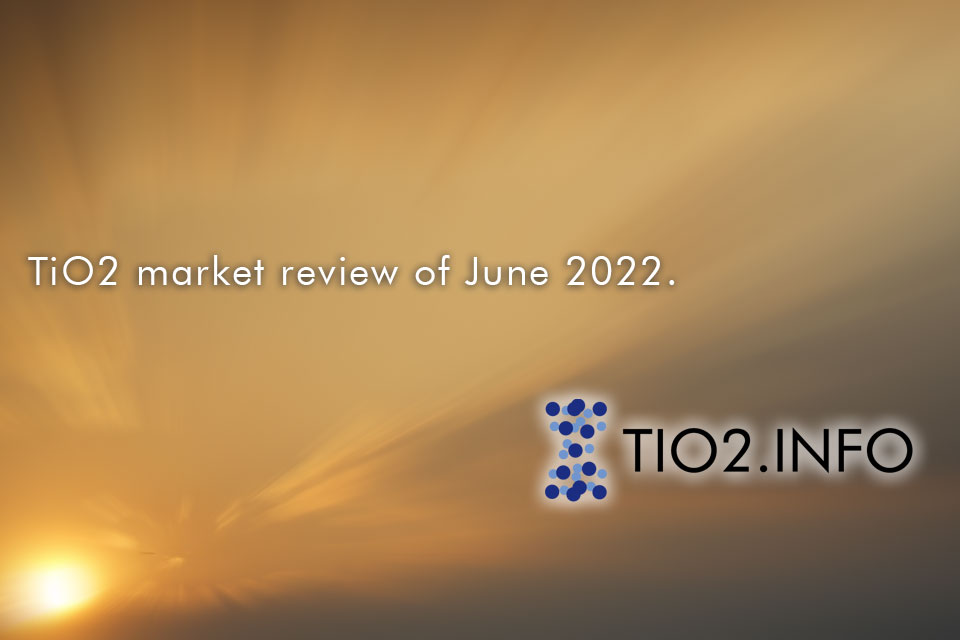 In June, the transaction price of Panxi Titanium Mine rose steadily. The cumulative increase of 46,10 mines was 30-50 yuan/ton, and the price of 38,42 mines rose by 30 yuan/ton at the end of the month. The prices of major manufacturers remained stable. So far ,
The price of Panxi Dachang 47,20 titanium ore is 2400-2450 yuan/ton, the transaction price of small and medium 46,10 titanium ore is about 2160-2200 yuan/ton, and the price of 38,42 ore excluding tax is 1530-1580 yuan/ton. There are three main reasons for the increase in market prices: 1. The cost of raw ore is high, and the cost pressure of small and medium-sized factories is relatively large, and the enterprises are not operating enough; 2. The iron ore market is sluggish, and the supply of medium-sized mines is tight; The market has seen a lot of destocking of 10 mines, and the transaction price has risen slightly. At present, the overall demand for titanium ore is relatively stable, and some enterprises are still under-operated, and the supply of large enterprises in Xichang is still tight. As the titanium dioxide market enters the off-season, the cost pressure of enterprises Large, coupled with weak terminal demand, titanium ore prices are not expected to rise significantly.

Imported titanium ore prices remained stable, and market quotations remained firm. Up to now, the price of Australia 50 titanium ore is 460 US dollars / ton, the Kenmare 50 titanium ore price is 480 US dollars / ton, Kenya 47-49 ore is temporarily not quoting, and Vietnam imported ore is not temporarily quoting; downstream titanium dioxide and titanium slag market capacity Continued release, stable market demand, but the price of imported ore is high, the cost pressure of enterprises is relatively large, and the high-priced orders are under pressure; according to customs statistics, imported titanium ore in May was 205,400 tons, a year-on-year decrease of 9.41%. In May, China imported about 1.4676 million tons of titanium ore, a year-on-year decrease of 9.46%. This year, the mainstream importing countries have declined severely, and domestic supply is still tight. In addition, in the second half of the year, there will be new production capacity released by the chlorination method, and the price of imported titanium ore will also continue. run high.

The price of titanium slag
in the acid slag market fell sharply in June. As of now, the ex-factory price including tax in Sichuan is 5,600 yuan/ton, and the ex-factory price in Yunnan is 5,000-5,550 yuan/ton. The downstream titanium dioxide market continues to be weak, and is affected by the Panxi part Influenced by the conversion of slag from manufacturers to mines, the demand for acid slag has decreased, enterprises are under great pressure on shipments, and prices have fallen; manufacturers’ inventories have increased, and companies have been under great pressure.

The high-slag market remains stable. 6 The bidding price of ordinary high-slag in the north is 10,400 yuan/ton, and the bidding price of low-calcium-magnesium high-slag is 11,000 yuan/ton. The bidding in July will start soon, and the price is expected to be the same as last month. The market is running well, companies in the north are actively working, and some companies in the south are converting acid residues to high-slag production, and the market supply has increased; the downstream market demand is stable. Multi-dimensional stable operation.

Titanium Dioxide
The titanium dioxide market in June was relatively chaotic, and the quotations of manufacturers were reduced by different degrees, and the price was reduced to 800-1200 yuan/ton. The ex-factory price of anatase titanium dioxide including tax is 17500-18500 yuan / ton; in June, the price of dragon enterprises remained stable, and the rebate discount did not change compared with the previous period. Influenced by other factors, the market economy is not good, the demand in East China and other regions has been greatly reduced, and enterprises are under great pressure to ship goods; the export market has remained stable in the past two months, but the domestic sales market is still weak, the competition pressure of enterprises is large, and market prices are running chaotically; raw material prices High, some low prices are on the verge of loss, and market competition is under great pressure. At the end of the month, the prices of individual companies have been lowered again, and the market has entered a traditional off-season. In July, market prices will continue to run weakly.

2 Production of titanium dioxide and titanium sponge in May

The top three regions in May output were Sichuan, Henan, and Shandong, accounting for 21%, 15%, and 14% of the total output.

In May, Liaoning, Xinjiang, and Henan, the top three domestic production areas of titanium sponge in China, accounted for 23%, 19% and 15% of the total domestic output respectively.

3 Industry News of the Month

“Invest 1 billion! The 500,000-ton paint project was officially put into production! 》
The first phase of the Jiangxi Tulian Waterborne Coatings Industrial Base Project invested and constructed by Jiangxi Tulian Group, the Yaka architectural paint production workshop in the first phase was completed and put into production recently. The project started construction on July 10, 2020, with a total area of ​​500 acres, of which: the first phase of the project covers an area of ​​300 acres and a total construction area of ​​230,000 square meters.

The total investment of the project is 1 billion yuan. It is designed to produce 500,000 tons of water-based environmental protection coatings, 200,000 tons of dry powder putty, 20 million square meters of polymer waterproof materials, 1 million square meters of thermal insulation and decoration integrated boards, and 50,000 tons of annual output. The construction emulsion and the annual output of 200,000 sets of coating packaging materials are expected to achieve an annual sales income of more than 1.5 billion yuan and an annual tax revenue of more than 45 million yuan after the project is completed.

Previously, in order to better implement the new requirements of the “dual carbon” goal and build a new green and circular economy, CNNC Titanium Dioxide and Times Yongfu signed the “Shareholders Agreement on the Establishment of a Joint Venture” on May 27, 2021. In the nuclear era, to promote the investment, construction and operation of comprehensive smart new energy projects such as photovoltaics, wind power, and energy storage. Among them, CNNC Titanium Dioxide and Times Yongfu subscribed for 50 million yuan respectively, each accounting for 50% of the registered capital of CNNC Times.

“Longbai Group develops efficiently and does a good job in extending, supplementing and strengthening the chain”
Longbai Group is in a period of rapid development. Since its successful listing in July 2011, the company has made two private placements, implemented equity incentives and employee stock ownership plans twice, and gave full play to its capital market advantages. In ten years, it has invested nearly 40 billion yuan in total. In project construction investment, product technology innovation and mergers and acquisitions, to help the rapid development of enterprises. Jiaozuo Park has built a 250,000-ton/year sulfuric acid method titanium dioxide production line and a 400,000-ton/year chloride method titanium dioxide production line, and implemented technological transformation and expansion. For the first time in 2021, the revenue will exceed 10 billion yuan; In the year of merger and acquisition, the production was resumed and the profit was made in the same year. At present, the production lines of chlorinated titanium dioxide and titanium sponge are in stable production, and the technological transformation and expansion are also progressing steadily. The company’s raw material base, the group will also make great efforts to increase investment, and spare no effort to carry out the investment and construction of extension chain and supplementary chain deep processing projects. In recent years, the average annual investment of the Group’s bases is about 4 billion to 5 billion yuan.

The investment in the establishment of Huiyun Calcium Industry is mainly to produce calcium oxide to meet the needs of the company’s titanium dioxide production facilities and surrounding steel, chemical, environmental protection and other enterprises. The company invested in the establishment of Huiyun New Materials, under the background of the national “carbon peak” and “carbon neutral” policies and the rapid development of new energy technology, the company will use by-product waste acid, ferrous sulfate, etc. as iron phosphate. Produce raw materials, cut into the new energy iron phosphate industry, and realize the coupling of the titanium industry chain and the new energy industry chain. The investment in the establishment of Yanyan Mining is due to the intention of both parties to use their respective expertise and competitive advantages to jointly expand, integrate advantageous resources, and expand and strengthen related businesses, which is conducive to enhancing the company’s core competitiveness.